Everybody should own a white button down shirt. Whether man or woman. Whether slouchy or tailored. I prefer a slouchy version more so, than a tailored blouse. As I can half tuck it in and it look relaxed. But a tailored version will give you a nipped in, waist defining look.

And as you can see, this Particular shirt is plaid jacquard. Which means, the pattern is woven into the fabric. Instead of stitched on or painted on. If you can find white shirts that have a lil somethin’ somethin’ extra to them, you’re winning. Because texture gives your outfit a step up to be great!

Do you own a white button down?

I’m in Canada!!!! (Or as I like to say, Canadia😜) I’ve packed some really cute things, if I do say so myself…and it all fit in a carry-on. I’m growing up y’all! Lol. I’m amazed myself.

I have a list of items I brought with me, and I’ll warn you now, It consists of black, grey & white. I did bring one colorful scarf. But yeah, that’s my wardrobe for you. Oh and I have olive green & royal blue. So all is not lost!
Here they are before I start rambling on… 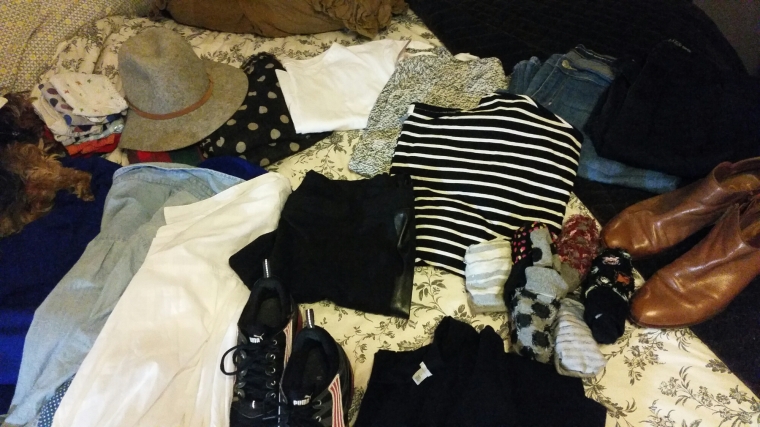 I brought with me:

I have everything I could possibly need. I’ll also be showing you my outfits in another post!

And if you don’t follow me on Instagram already, I really think you should, as I will be post OOTDs & what I wore posts on there. : )

Hope you enjoyed this post, as I love to read what others take with them on trips! Enjoy the weekend! -Ryn 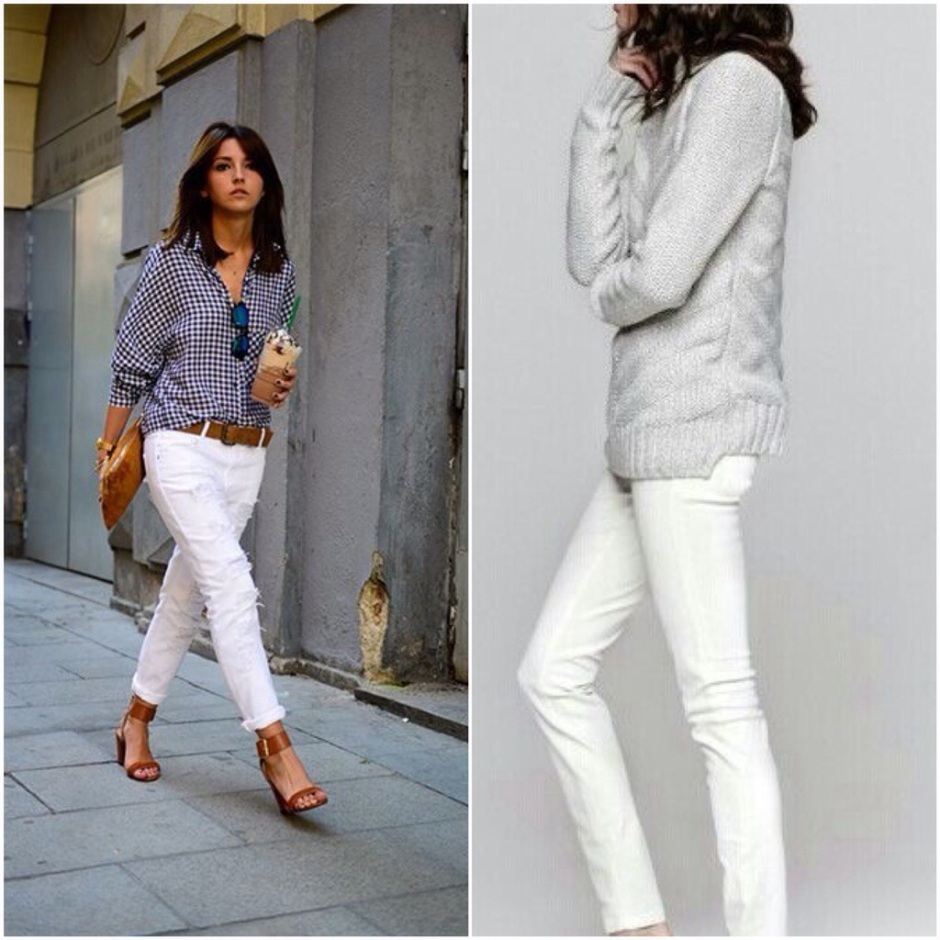 Hey y’all,
Can you believe it’s already September?!
That’s cray cray!
What I can’t believe is I’ve only worn my white jeans once this summer! That’s surprising to me. No worries!

I live in a southern state. We still carry traditions. Like don’t wear white after Labor Day. And don’t wear linen after Labor Day either. It isn’t a mandated rule, but for being southern, everybody knows it! And they either follow it or they’re a rule breaker!

But for those of you who are daredevils in the fashion world, go for it! I have 3 pair of white shoes in my closet right now that I could still be wearing this fall & winter. (which I probably will) and linen, I just bought a whole lot of linen knit, that I’m not not going to wear after Labor Day. And plenty of white tees & blouses, that I know I’ll be wearing! : )

I remember a few years ago when my family and I were going to the ballet during Christmas. As sisters and mother, we always ask eachother what we’re wearing, well we asked my sister what she was wearing and her response was “I’m going to wear white pants, red sweater & (I think it was boots).” Wait what, “you’re wearing white pants?!” “It’s winter!” “Yeaaaaaah! I know” “well, are they cream or stark white?!” “Stark white!” “Oooookay….”.
This conversation was only a short 3 years ago, and that was our reactions. Well, we (as society) are more forgiving/Luke warm now about traditions, but it’s still a tradition. Still an etiquette rule. At least it is in the southern states.

Not saying white pants are a bad thing, it’s just not a common thing to wear white after Labor Day. So, when wearing white after LD, it’s better to make it a winter white. It’s white with a tinge of yellow or brown. It’s a warmer white. So it makes it off-white or cream. It just looks better in winter. (It’s also more flattering too)
I don’t know how or why, but it does!
Hopefully you’ll be able to find winter white pantaloons, because they really are fun to wear when in fall & winter! I personally like to pair winter white pants with a stark white tee and a navy blazer. Or use wear taupe with winter white, it gives off a luxe feel. Whichever color you choose, will be great! It also pairs nicely with gold jewelry.

Just think, if you do not have winter white pants, you can get a new pair of pants! ; )